The mission of the Historic Old Northeast Association (HONNA) is to Promote, Preserve and Protect the quality of life in our unique corner of the world.

HONNA engages residents through events and communications of our neighborhood news, history, and accomplishments.

HONNA supports and advocates for many types of preservation. All in an effort to maintain our high quality of community.

Neighborhood involvement to ensure the safety and security of our community. 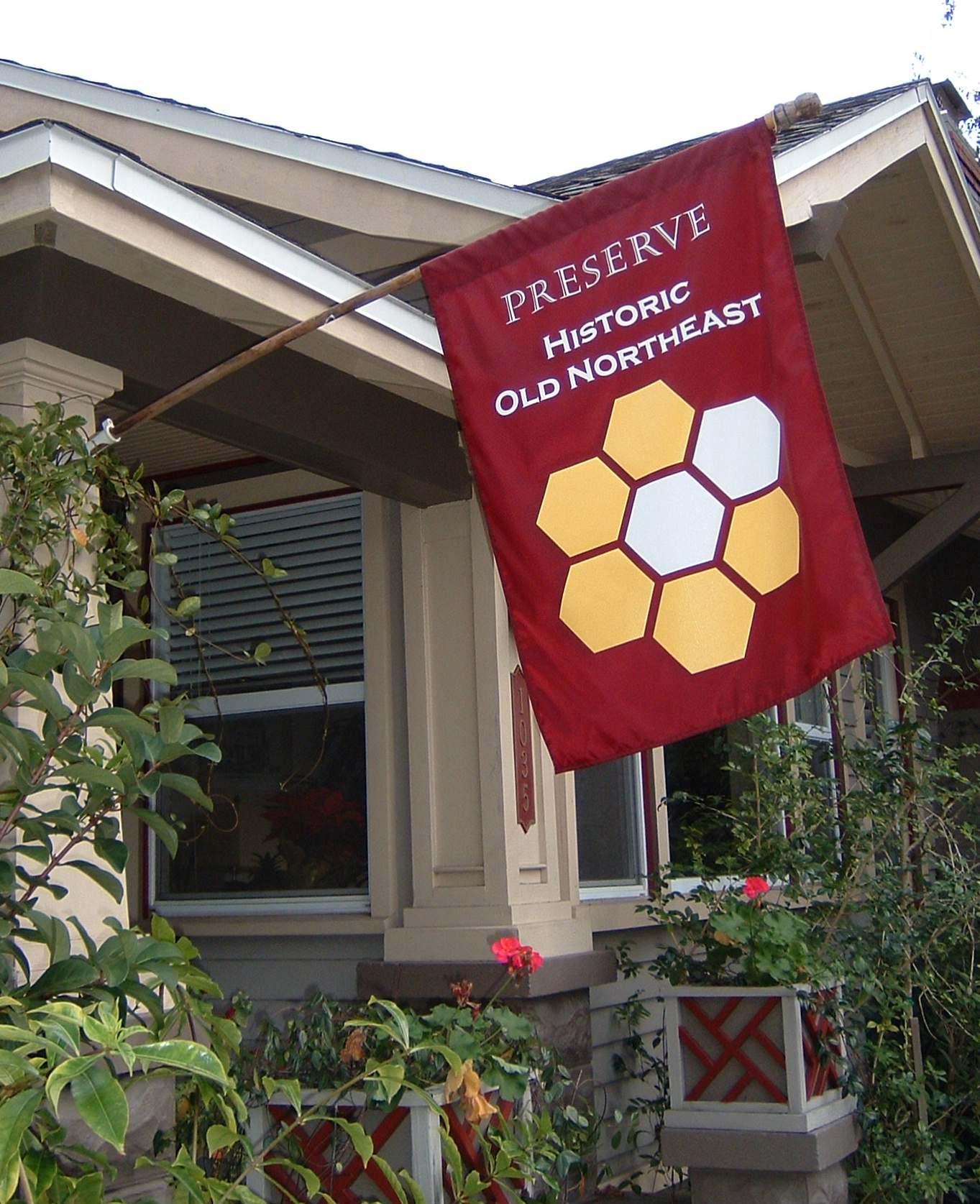 We are a volunteer-driven non-profit organization focused on our community interests:

Representing over 2,500 residents, HONNA’s diverse leaders, members, and volunteers serve as custodians of neighborhood resources and are stewards for the local area.

Nick moved to the Old Northeast in 2019 after visiting St. Petersburg and falling in love with its “big little city” atmosphere and its appreciation of historic neighborhoods. He and his partner, Devin, renovated a 1929 Colonial Revival home, the fourth historic home they have renovated in four different cities. Nick is now retired but spent 25 years doing marketing for Silicon Valley companies. He has always taken an active position in civic matters and neighborhood associations in the various cities he has called home. In addition to assuming the presidency, Nick is responsible for HONNA communications, including HONNA.org, and serves on the Preservation Committee, the Candlelight Tour of Homes Committee, and the Beautification Committee.

Anna and her husband, John, moved to St. Petersburg in 2016 where they bought and restored an historic Mediterranean-style home. Prior to the Florida move, she worked for 30 years at the Indiana University School of Medicine where she taught residents and medical students Cytopathology. In addition to her Vice President role, she also heads the Events Committee and Co-chairs the annual Candlelight Tour of Homes Committee. She also serves on the Board of the Council of Neighborhood Associations (CONA) and leads the CONA Codes Advisory Group. When not working on civic activities, Anna can be found in her artist studio at the 5 Deuces Galleria. She serves on the Education Committee of the Warehouse Arts District Association. She and her husband have four adult children and a rescue kitty named Shirley Ann.

Sarah was born and raised in St. Petersburg and completed her BS degree at the University of Florida. She spent time in Seattle, central Florida, and Washington, DC before falling in love with the unique, quiet charm of the Old Northeast and deciding to return to St. Pete in 2021. She is now a stay-at-home mom and can often be found walking her two young children around the neighborhood. Sarah enjoys working on neighborhood events and hopes to bring more family-friendly activities to the Old Northeast. She also works to promote the many benefits of becoming HONNA members and increase residents’ involvement in the historic neighborhood.

After retiring from his job of 20 years as an Environmental Engineer for the City of Nashua, New Hampshire, Kerry and his partner, Jerry, moved to St. Petersburg in early 2022. Kerry first visited St. Pete about 10 years ago and fell in love with its character and vibe. He decided at that time that St. Pete would become his home when he retired. Originally from western Massachusetts, Kerry has lived in the Boston area, New York City, and New Hampshire prior to moving here. Kerry joined HONNA when he arrived and worked with neighbors and HONNA’s board to successfully resist a developer’s desire to destroy the historic home next to his and build a parking lot. When not fulfilling his HONNA board responsibilities, he and Jerry are continuing to slowly but surely making improvements to their home. His other interests include art, architecture, music, running, biking, and kayaking. He is very proud to call Old Northeast his home.

St. Petersburg’s historic neighborhoods and waterfront parks first drew Robin and her husband to the Old Northeast in late 1999. Since then, Robin has been actively involved in the neighborhood association, serving as chair of the Planning and Preservation Committee, the Candlelight Tour Committee, and helping to organize events. The Centennial Sundial Project in North Shore Park, celebrating the 100th anniversary of the city’s waterfront parks, was a special HONNA project spearheaded by Robin. In addition, she served two terms on the city’s Planning and Preservation Commission, co-founded the Sunken Gardens Forever Foundation, and is currently president of Preserve the ‘Burg.

John Johnson has served on the board of HONNA for five years and served as president from 2020 through 2022. John has a BS from the NYU Stern School of Business and an MPA from the NYU Robert Wagner School of Public Service. He is currently the Associate Director of Research for the St. Petersburg campus at USF. He moved to St. Petersburg over a decade ago with his husband, Tom. They bought a fixer-upper in the Old Northeast and spent more than nine years restoring it. He is a staunch supporter of the local community and looks forward to contributing to it in different ways in the years ahead.

Kim Wolfe has called the Old Northeast home since 2003 and resides in a 1917 bungalow. She fell in love with St. Petersburg for its small town feel and its waterfront location. She says it cannot get much better than living in a charming historic neighborhood within walking distance of downtown and miles of waterfront parks. Kim has been involved in numerous HONNA activities since joining the Board including the Preservation Committee, Permit Parking Committee, neighborhood cleanup, and the Candlelight Tour of Homes. She is always willing to lend a hand wherever and whenever needed.

Doug is a life-long resident of Pinellas County and has lived in two different homes in the Old Northeast since 1993. He is a financial executive and has worked for various businesses throughout the Tampa Bay area as well as Latin America. He has enjoyed raising a family here and believes St. Petersburg is the perfect place to do so. He enjoys the fact the neighborhood is so close to nature but walkable to all the happenings of an exciting, growing city. Doug believes the Old Northeast has been a catalyst for the changes that are making St. Petersburg the best place to live in Florida. He oversees the Safety and Infrastructure Committee for the Association.

A resident of the Old Northeast since 2008, Charleen moved to St. Petersburg after working for more than thirty years in the healthcare industry. She now dedicates her time tackling home projects, expressing her creative side through fiber arts and serving on the HONNA Board. Charleen served as HONNA Treasurer from 2016 to 2022. She is involved in the Historic Preservation and Membership Committees. Charleen and a small group of her friends originated the ongoing neighborhood Shining Star Awards, recognizing outstanding home renovation and garden design of Old Northeast properties. 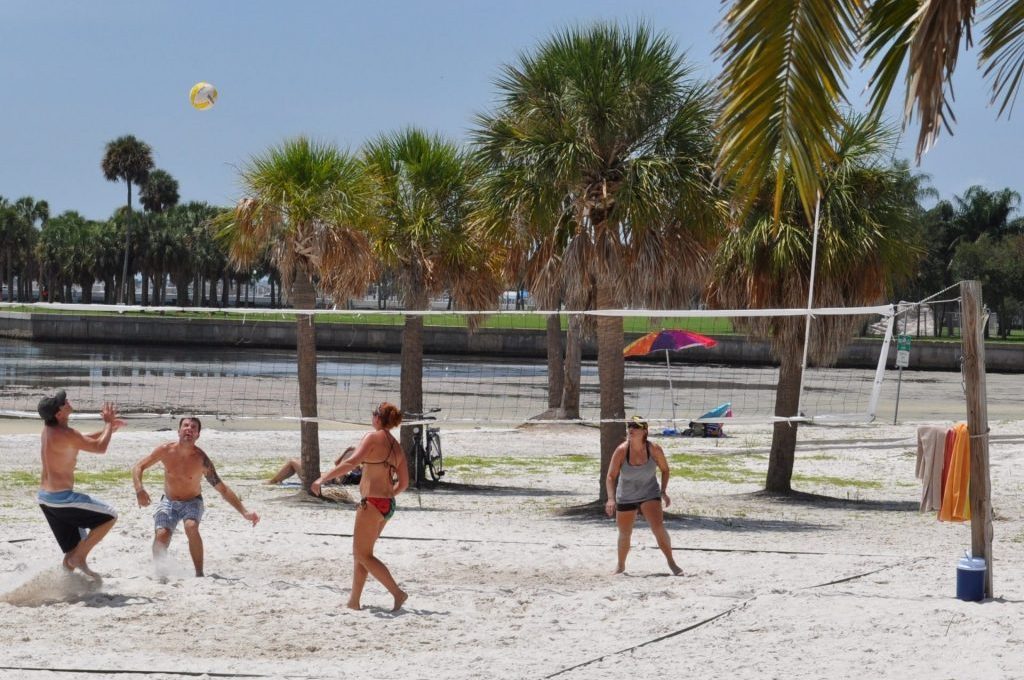 If the heart of St. Petersburg is its downtown. The city’s soul probably resides in the North Shore area. It was there, in the section now called Old Northeast, that St. Petersburg blossomed from a village of farmers’ homesteads to a town born of boom-time prosperity.

It thrives still, having the oldest and perhaps most influential neighborhood association in the city. Most of St. Petersburg’s movers and shakers have lived at one time or another in a North Shore neighborhood…”

Our neighborhood originally was comprised of pine trees, palmettos, sand flats, salt marshes, and several streams, ponds, and artesian wells. Today’s Sunken Gardens was a lake, fed in part by runoff from nearby Crescent Lake. The land has a natural downward slope from 4th Street to the waterfront; the highest elevation is just over 40 feet near 9th Avenue N and 4th Street N. Prior to development, the shoreline north of 5th Avenue had white sand bluffs four to five feet high and a sandy beach below.

During the late 1800s, the area was home to small farms, mostly citrus groves. In the more modern era, noted land developer C. Perry Snell was instrumental in the inception of our neighborhood for residential purposes. In 1905, he started on a small scale by organizing the Bayshore Land Company with F.A. Wood, A.E. Hoxie and A.C. Clewis. They developed the area east of 1st Street from 5th Avenue to 12th Avenue North. They leveled the land, laid streets, added water, sewer and additional services and then promoted the area as the “premier residential address.” They sold lots for subdivisions named Bayshore (5th to 8th Avenue) and Bayfront (9th to12th Avenue).

In 1910, Snell continued his efforts by teaming with J.C. Hamlett. They purchased 600 acres from 13th Avenue to the tip of Coffeepot Bayou. This rugged land was filled with palmetto scrub, creeks and ponds. Their changes included trolley lines, seawalls, sidewalks and a waterfront park. They called this new subdivision the North Shore. In 1925, Snell started Granada Terrace. He specified that all houses be stucco and built in Spanish or Italian style and painted specific exterior colors.

Residential development was brisk in the enlarged area but declined significantly during the Great Depression. Over the next couple of decades, new homes slowly occupied vacant lots until the neighborhood was built-out by the 1950s. In the 1960s and 1970s, the appeal of new suburbs prompted homebuyers to look elsewhere, and the neighborhood began a sad decline. To help stem the downward slide, the neighborhood association was founded in 1974.
Prompted by a new desire for urban living and tax laws that favored home rehabilitation, the neighborhood began a renaissance in the 1980s. After being threatened with demolition about the same time, the historic Vinoy Hotel underwent a total restoration and re-opened in 1992, inspiring a keener interest in the surrounding neighborhood of historic homes. The wide array of early 20th century residential styles and sizes has been an inspiration to renovation enthusiasts since then.

Those and other preservation efforts were rewarded with the designation of our neighborhood in 2003 as a landmark in the National Register of Historic Places. Within our neighborhood, many areas, including the Grenada Terrace subdivision, have since received Local Historic District designation by the City of St. Petersburg, providing an additional level of preservation protection.